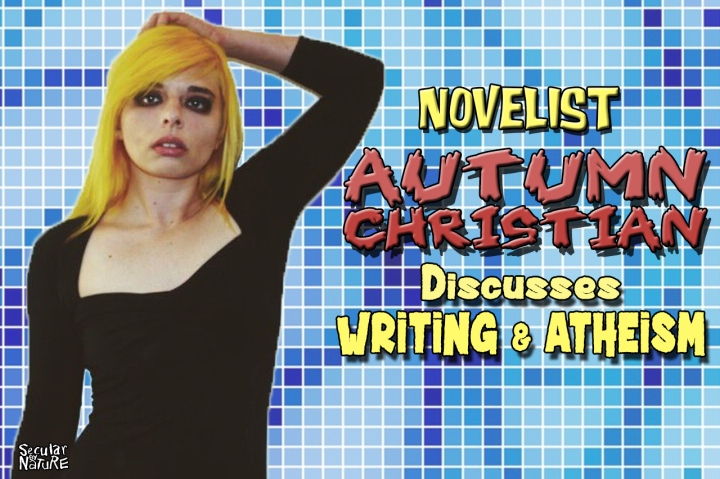 (Listen to the interview audio here on our YouTube channel)

Autumn Christian is a talented up-and-coming fiction writer from Texas making a name for herself with such titles as We Are Wormwood, The Crooked God Machine, and Ecstatic Inferno. She says she has been told reality is that which when you stop believing in it, it doesn’t go away, so she is waiting for the day when she hits her head on the cabinet searching for the popcorn bowl and all consensus reality dissolves.

She’s been a freelance writer, a game designer, a cheese producer, a haunted house actor, and a video game tester. She considers Philip K. Dick, Ray Bradbury, Katie Jane Garside, the Southern gothic, and dubstep to be her primary sources of inspiration.

She’s also an atheist. She took a few minutes of her time recently to sit down and discuss her lack of belief, her thoughts on religion, and how her atheism has impacted her work.